If you have an interest in local history either as a researcher or resident and would like to discover more about your locality, then the BLHA is here to help you.

Take a look at the Diary Dates to find out about events of the BLHA and its Member Societies. The list is updated fairly frequently so check back often to keep up to date with what is going on!

We have a list of Speakers and Talks from Member Societies and other associated individuals. Take a look at the wide variety of talks on Local History in Berkshire.

Take a look at our Journal contents lists and find out what has been included in past Journals. Even better, why not download and read the full content of each Journal that we have ever published!

There are three types of membership, individual, family and corporate.

All members receive the Newsletter three times a year, which gives details of lectures, exhibitions and other local history activities taking place, book reviews, and news of members.

You can learn about the BLHA by reading the Latest Newsletter, or maybe read some of our past Newsletters which are full of information on the BLHA as well as articles from our Member Societies, Book Reviews and more.

Living in Tudor Windsor: the Records of the Sixteenth-Century Town

Windsor’s documentary archive, which dated from the late twelfth century, was destroyed in the late seventeenth century, and in consequence the town’s history before this date was thought irrecoverably lost. New archival research, however, has uncovered previously neglected material which allows a significant portion of this ‘lost’ history to be recovered, information that supports the detailed introduction in this volume. For the first time, the town’s turbulent existence between c. 1510-60 is revealed, supported by transcriptions of the town’s most significant historic source material, including detail about the widely overlooked but important Windsor castle water conduit.

This volume traces the town’s transition from its medieval existence to that of the early modern period, when it flowered as an internationally recognised centre of pilgrimage, prematurely cut short by the religious changes of the Reformation. The reorientation of the borough’s economy in this period forms the template for its present-day existence. Although of much interest to local historians, this volume retains value for a much wider readership: students of the Tudor period curious about the outworking of national policy in a local context, ecclesiastical historians, London historians, tourists interested the town’s past and students of ‘Tudor’ society, more generally. The numerous references to local people, places and street-names adds colour and interest unavailable from any other local publication, and provides a unique and extensive source for family historians. 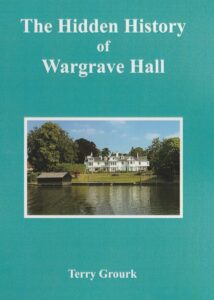 The Hidden History of Wargrave Hall

At the BLHA AGM in March this year Margaret Simons was asked by Peter Hellman of the Wargrave Society if she would review a recent publication from the Wargrave Local History Society.

Margaret writes, “I have over the years enjoyed many walks along the river Thames and have also taken the odd river cruise too. One of the things that always fascinates me and in which I take a great amount of interest are the riverside residences.”

Read the Review
Continue Shopping →
Item added to cart.
0 items - £0.00
Checkout
We use cookies on our website to give you the most relevant experience by remembering your preferences and repeat visits. By clicking “Accept All”, you consent to the use of ALL the cookies. However, you may visit "Cookie Settings" to provide a controlled consent.
Cookie SettingsAccept All
Manage consent

This website uses cookies to improve your experience while you navigate through the website. Out of these, the cookies that are categorized as necessary are stored on your browser as they are essential for the working of basic functionalities of the website. We also use third-party cookies that help us analyze and understand how you use this website. These cookies will be stored in your browser only with your consent. You also have the option to opt-out of these cookies. But opting out of some of these cookies may affect your browsing experience.
Necessary Always Enabled
Necessary cookies are absolutely essential for the website to function properly. These cookies ensure basic functionalities and security features of the website, anonymously.
Functional
Functional cookies help to perform certain functionalities like sharing the content of the website on social media platforms, collect feedbacks, and other third-party features.
Performance
Performance cookies are used to understand and analyze the key performance indexes of the website which helps in delivering a better user experience for the visitors.
Analytics
Analytical cookies are used to understand how visitors interact with the website. These cookies help provide information on metrics the number of visitors, bounce rate, traffic source, etc.
Advertisement
Advertisement cookies are used to provide visitors with relevant ads and marketing campaigns. These cookies track visitors across websites and collect information to provide customized ads.
Others
Other uncategorized cookies are those that are being analyzed and have not been classified into a category as yet.
SAVE & ACCEPT
Powered by